Facebook may be the world’s largest social network, but that also makes it the world’s most powerful advertising platform. In 2018, Facebook is on track to report an average of over $13B in revenue per quarter – generated almost entirely by the company’s advertising business.

More than making Mark Zuckerberg the fifth richest man in the world, Facebook’s powerful advertising tools have enabled marketers to reach their target audiences with refined efficiency. Facebook ads are some of the most powerful, most cost-effective and most engaging ads available today… but only if you use them right.

Here are a few tips for getting the most out of your advertising dollars on Facebook and how the pros consistently plan effective campaigns that drive home conversions.

Use what you already have

Through its upload feature, Facebook allows you to import email lists and other raw formats of customer data you already have on-hand, then turns that data into optimized ad campaigns! Why reinvent the wheel looking for fresh eyes when Facebook’s powerful algorithms and tools can take the traits of an already-ripe audience and generate widespread interest based on that? Here’s an example:

Using a list of leads gathered from a landing page campaign, you create targeted Facebook ads based on aggregated denominators including gender, location or age. Facebook helps you fill in the rest, such as interests, activities and connections. From there, you can run targeted campaigns to your existing leads, while building data for a whole new campaign based on similar variables.

Using data you already have, Facebook fills in what you don’t know. Instead of blindly casting a net based on a few uncoordinated variables, you’ll be able to zero-in on your targets with precision.

Tinker with your targeting

Facebook gives you a ton of control over your ad targeting options. Almost too much control, in fact. Advertisers often spend too much time trying to find the perfect niche and miss their audience entirely.

Before you get too specific with your ad targeting, target a broad scope and be prepared to narrow over time. Start with broad denominators like age or location, then refine down slowly based on data you have or inferences made by Facebook’s algorithms. You can be as broad as an entire geographic region or as specific as targeting people who like a certain page.

The goal is to find a winning combination of targeting criteria that appeals to many people, while being specific enough to speak to them. As an example:

While you’re refining, try to maintain a good balance of common traits and specific qualifiers. Too broad and your campaign will fall flat; too narrow and no one will see it!

As clicks and conversions start to roll in, you’ll get a better feel for who’s actually interested in your ad and from there you’ll be able to set your targeting parameters more narrowly with confidence.

If you’re putting up a Facebook ad with the sole intent of generating conversions directly from that ad, it might be time to try a new approach. The Facebook advertising pros see a good ad as a tool, not just a call to action.

Think about your most effective mode of conversions right now. Is it direct email marketing? Landing page captures? Referral sales? Whatever it is, use Facebook ads as a way to leverage even more traffic into the mode you know works. You’ve likely spent a lot of time cultivating and refining your sales funnels—why not get the most out of them by sending people directly to them, instead of trying to build another one from scratch? Here are a few examples:

When you stop looking at Facebook ads as a sales tool and more as part of the sales funnel, your ad approach is going to become more successful. Don’t think of dollars spend on Facebook ads as marketing dollars, think of them as a direct investment in sales.

Thanks to Facebook’s Power Editor tool, creating ad variations on a concept is easier than ever. Having multiple versions of the same ad with different calls to action, demographic targets or budgets will help you find the sweet spot for your approach. Better still, it’ll keep you from wasting valuable time, capital and resources on campaigns that just aren’t going to work. As a general rule of thumb, A/B test an ad before creating a dedicated campaign and when you pick the successful ad, be sure to keep a record of the variables that go into that campaign.

Dumping a small fraction of your budget into an A/B test is far from a waste of money and you’ll likely find the cost of this experiment recouped when you launch a campaign that works! And, with the Power Editor tool, making changes can be done in seconds, allowing you to tweak even the most minor characteristics of your ad based on the click-through results you’re seeing from your test.

Using the Power Editor tool on a successful ad in the future can help you keep the clicks rolling in on a proven concept – whether it’s iteration A, B, C, D or a different version you’ve painstakingly refined into something viable.

Even more powerful than its advertising tools are Facebook’s reporting tools. Facebook will provide you with an in-depth look at everyone who clicked on your ads, giving you extremely relevant information about them in granular detail. Pay very close attention to this data and dedicate yourself to finding trends in successful campaigns. The more you understand your audience, the more angles you have to play up your next successful ad.

Look at all data points and, more importantly, compare them. Finding a correlation between several variables means unlocking a new target demographic for your next campaign. The more you know about the audience you’re speaking to, the better you’ll be able to talk to them, not at them.

The pros know that it takes more than a good image and a catchy headline to run a successful ad campaign. Keep these critical tips in mind the next time you’re mocking up a Facebook ad and you might find that your dollar goes further to give you a better return on investment.

Fast read.  No obligation or catch. Just enter your best email address below and click the box. 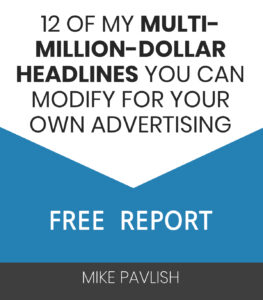 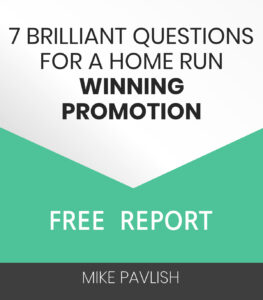 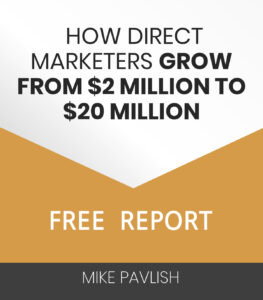 By responding you agree to receive future helpful emails.  I will NEVER share or rent your email address – you can unsubscribe anytime